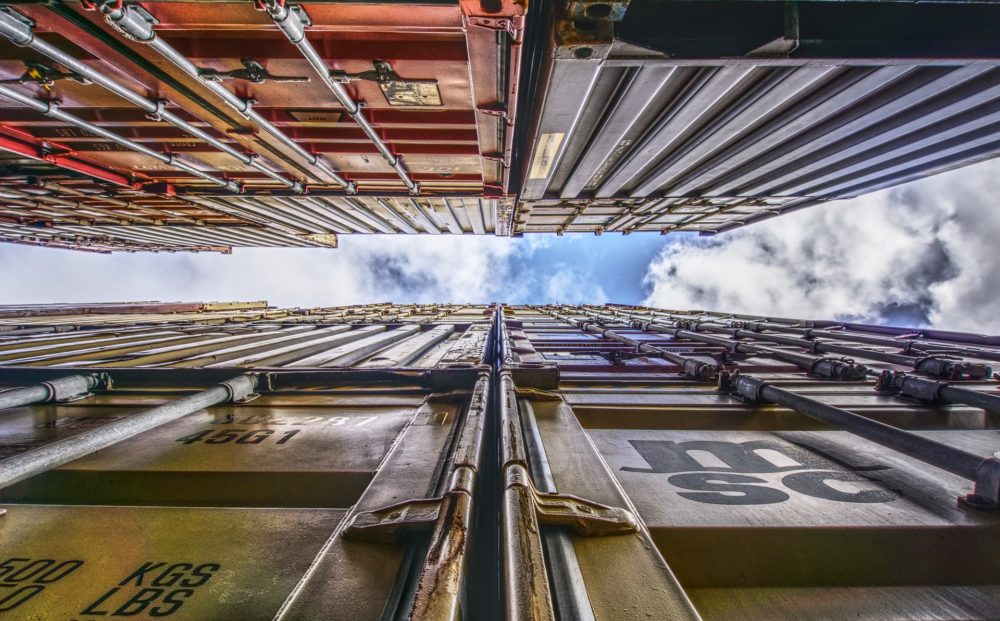 In case you missed it, we compiled news that occured recently. September has been marked by new partnerships, shipment records and innovations. Happy reading!

In a few months (January 2019), Damco’s supply chain business will be integrated into Maersk Line. They say they will “operate with a new integrated commercial organization to offer an improved customer experience in a simpler way and “end-to-end logistic solutions for cargo owners”.

On environment and in response to the Paris Climate Agreement, the port authorities of Antwerp, Barcelona, Hamburg, Long Beach, Los Angeles, Rotterdam and Vancouver launched a collaborative climate action programme to reduce greenhouse gas emissions.Allard Castelein, CEO of the Port of Rotterdam, said: “The Paris Agreement has set a clear target: we need to limit global warming to well below 2°C. It is vital in this context to reduce emissions generated by maritime transport. In the same context, the California Air Resources Board (CARB) has preliminarily awarded $41 million dollars to the Port of Los Angeles for the Zero-Emission and Near Zero-Emission Freight Facilities project.

Cooperation between the Freeport of Riga Authority and China Merchants Group (CMG) (which owns 30 ports in 16 countries!) is becoming increasingly active. One of the current projects of CMG is the construction and development of an industrial park and logistics center in Belarus while attracting Chinese investment have been the focus of the Freeport of Riga Authority for a long time. A strategic partnership agreement has already been signed including cargo transit and implementation of joint investment projects.

We are talking a lot about PierNext these days. Indeed, the Port of Barcelona has unveiled a digital knowledge hub that provides information on the innovative initiatives that are transforming the world of logistics, transport and ports internationally. Mercè Conesa said PierNext aims ““to share the transformation and the processes that innovate and create new opportunities.”

In early September, the 399-m long vessel Mumbai Maersk was carrying a record number of containers in a single shipment to the Port of Rotterdam. This was the first time a container vessel carried over 19,000 TEU of cargo in one haul.

We’ve also heard about HHLA which lifted the most powerful ship propeller (110 tonnes and a diameter of 10.50 metre) by the hook of a HHLA floating crane on the “Hyundai Supreme”, a 5,000-TEU container ship. Its destination? The Daewoo Shipbuilding & Marine Engineering shipyard, where the world’s most advanced and future-proof shipyard are being built. With a capacity of 23,000 TE, they will be the biggest container ships in the world.

Since July 2016 and under SOLAS, the verification of a container’s gross weight has been a requirement. According to Praful Waghela, global product manager of VGM services at APM Terminals, VGM still needs attention. Indeed, in a new video released by the global terminal operator, Praful Waghela explains that inaccurate VGMs can lead to serious safety issues if not corrected early on in the supply chain. Work still must be done to move from compliance to accuracy. For Praful Waghela, “It is crucial that all stakeholders across the supply chain are engaged to ensure safe operations and avoid any incidents”.

“Automation can today be applied to almost any terminal, from very small to really big”. That’s what explains Uno Bryfors, ABB Marine’s senior vice president in this exclusive portstrategy interview. Uno Bryfors adds that “Digitalisation means safer, greener and more-productive terminals. It also enables the introduction of intelligent machines which are optimising production based on real-time data. In the industry today, there are  very few terminals which have reached this stage, but we will see that in the next decade, this penetration will increase very fast, both when it comes to yard automation and to the ship to shores.”

Finally, TOC EUROPE video series made by Port Technology may be of interest to you. At TGI, we particularly appreciated the interview of Dan Pettersson, Senior Vice President, Kalmar, who tries to answer the following question: what pro-environmental changes should the industry adopt ?