Towards the digitization of flows

The explosion of international trade, which translates into the need for physical freight transport flows, clearly requires the digitization of information flows. A practice that accompanies physical transport, amplified by the practices of “zero stock” and “just in time”.

The more physical and digital flows are aligned, the more the added value of supply chains increases. To support physical flows, infrastructure investments must also be accompanied by heavy budgets devoted to IT systems.

“An agreement has been reached with CMA CGM for the signing of a contract for the management, operation and maintenance of the container terminal at the port of Beirut” Lebanese Minister of Public Works and Transport Ali Hamié said on February 16 in Beirut.The French group announced, “an investment plan of 33 million dollars to ensure the rehabilitation and modernization of the terminal.”

Operations of the new concessionaire will begin in March for a period of 10 years. The target volume is 1.4 million TEUs. Lebanon launched the tender last November. If the company CMA Terminals, a subsidiary of the 3rd largest shipowner in the world, was selected, it is because it had proposed, still according to the minister, better financial and technical conditions than those of Gulftainer, the Emirati operator. Rodolphe Saadé, the Franco-Lebanese C of the CMA CGM group, said he wanted to transform this section of the port of Beirut into a “high-performance terminal that meets the best international standards”.

A resumption of growth for the port of Reunion

The Grand Port Maritime de La Réunion Island ended 2021 with an activity exceeding 13% of the 2020 financial year. A year hit by the pandemic that has been closed on a volume of 5.34 million tons.

The container activity grew by 7% to 392,220 TEUs, up from 365,974 TEUs a year earlier. Between import and export, the overseas port once again benefited from a balanced volume and recorded 103,500 TEUs of boxes in transshipment. Solid bulk, with traffic approaching 1.2 million tons, increased by 3%. Except for sugar and gypsum, this tonnage was mainly driven by imports.

CMA CGM continues its purchases of container ships on the second-hand market, after the thirty or so vessels integrated into the fleet in 2021. The Maltese Anassa took the new name of CMA CGM Suez while remaining under the flag of Malta. It was built in 2006 by the Wenchong shipyard in Guangzhou. Also under the Maltese flag, the CMA CGM Mombasa is the former Liberian Coronado Bay of the Eastern Pacific shipping group, of which CMA CGM charters many new vessels. Like its sistership the Glacier Bay, whose purchase by CMA CGM was also announced, it was built in 2008 by the Xiamen shipyard.

The Port of Rotterdam processed 15.3 million TEU in 2021, its highest yearly total on record.

The 15.3 million TEU throughput is an increase of 6.6 per cent compared with 2020. Throughput in terms of the number of containers has never been higher in Rotterdam. Revenues rose by 2.6 per cent to €772.7 million, while operating expenses fell by 5.5 per cent to €260.5 million. The operating result before interest, depreciation, and taxes was 7.3 per cent higher than 2020 levels at €512.2 million.

Rotterdam received 10 per cent fewer visits by large container vessels. However, they unloaded an average of 20 per cent more containers on each occasion, increasing the pressure on the terminals. 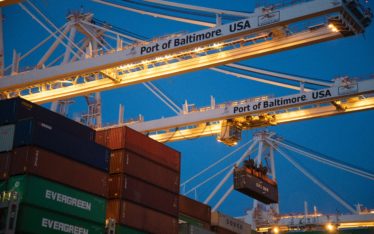 WHAT HAPPENED IN THE MARITIME INDUSTRY ?
Electrolux opts for Maersk and CMA CGM solutions to decarbonize its transport Electrolux will now use more sustainable fuels for 25% of its ocean freight, says the major brand of...
7 Likes 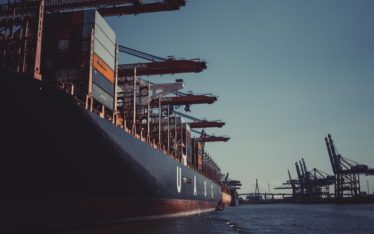 WHAT HAPPENED RECENTLY IN THE MARITIME INDUSTRY ?
The port of Bordeaux is experiencing an increase in its traffic Bordeaux Port has almost returned to its 2019 levels. At 6.7 million tonnes, traffic climbed 10.3%, an increase that...
25 Likes 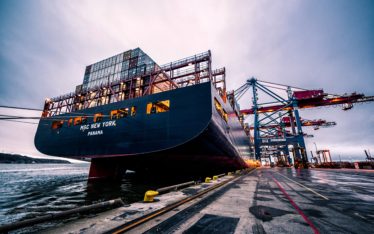 WHAT HAPPENED RECENTLY IN THE MARITIME INDUSTRY ?
Review of the year 2021 for the maritime transport of containers. After a year 2020 marked by the shock of Covid-19, in 2021 ports and terminal of containers has not...
30 Likes
This website uses cookies to improve your experience. By using our services, you agree to our use of cookies. Accept Read More
Privacy & Cookies Policy